Kenyan motorists are set to get new digital number plates after Interior Cabinet Secretary rolled out the new generation number plates. The new plates are linked to the vehicle chassis number with several inbuilt security features that are easily identifiable to law enforcement and comply with international standards. This is aimed at enhancing security by disabling the element of duplication of number plates where vehicles with duplicated are used to commit crimes and even used in terror acts. The plate will be fixed on vehicles at their point of entry, a move that will greatly curb tax evasion.

In 2016, Francis Mejja the NTSA Director General was quoted as saying that there were plans to synchronize the microchips on the smart number plates with traffic lights in an effort to identify details of vehicles and vehicle owners who violate traffic rules.

Speaking at the General Service Unit Recce Squad Headquarters in Ruiru, the CS said issuance of the new plates will begin with newly registered vehicles that is, from KDK. Further, motorists with older number plates will have 18 months to acquire the smart number plates at a cost of Ksh. 3,000/-

The launch of the Smart/Digital number plates was a move to comply with the Traffic Act 2016 and has faced various hurdles. On 9th September 2020, High Court Judge Justice James Makau temporarily suspended the government’s plan to establish a production facility for motor vehicle digital registration number plates following a case filed by activist Okiya Omtatah. The Activist had claimed that the procurement process undertaken by the Kenya Prisons Services had violated the Public Procurement and Asset Disposal Act, 2015, and would lead to loss of taxpayers’ money.

Interior CS Karanja Kibicho earlier this year told parliament that the NTSA had a budget shortfall to the tune of Kenya Shillings, 604 Million, and part of that money was meant for the rollout of the smart number plates.

A section of Kenyans on Twitter have already criticized the new number plates citing that the only digital thing about them is the font while others received the news in open arms. 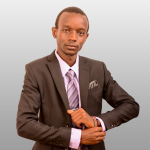 Share on FacebookShare on TwitterShare on Email
Karimi MartinAugust 30, 2022