Engines operate by building combustion, when air and fuel combine with high heat, an explosion is created within the engine delivering power and thrust.

Turbo chargers use the vehicle’s exhaust fumes to rotate it’s fans ( two fans): Compressor fan and turbine fan. Super chargers are directly powered by the engine. A belt pulley drives the gears that cause the compressor fan to rotate.

Picture courtesy of @boostlab on Ig

In this case, both can improve power and alleviate fuel economy. Turbo chargers capitalize on some of the free energy coming from the exhaust before it’s lost. Turbo chargers however suffer from some response lag as the exhaust pressure needed to spin the turbines builds. Super chargers provide their boost almost instantly because this system runs alongside with the motor.

The rise of 48 Volt electrical systems and hybridization has led to a greater use of supercharger driven systems. The operation is run by recuperated electricity stored during deceleration and braking. Cars such as the new Land Rover Defender and Mercedes Benz M 256 6- cylinder (GLE 450 and CLS 450) have such systems

Picture Courtesy of dsrxkellybuilt on Ig

Fuel injection techniques are able to supply as much fuel as can be possibly burned varying with the amount of oxygen in the cylinder.

Compressing of infused air adds heat which along with the added pressure intensifies the likelihood of engine damaging pre-donation (ping). This can limit the amount of time fuel has to completely burn and hence destroys some of the power gain. A conventional expectation is that additional 50% air yields an average of up to 40% more power.

Turbo chargers and super chargers recoup fuel predominantly during normal driving/ low-power cruising. They lessen pumping losses that may occur when a big-displacement engine is running .

Picture courtesy of gangstergearhead on Ig

Twin turbos are two turbo charges working jointly either independently or in series. In series, a small sized turbo is paired to a larger one. The small one responds more quickly go reduce turbo lag and as the exhaust flow increases, the larger turbo begins supplying boost. Independent functioning twin turbos function normally. Bi turbos function the same was as twin turbos.

Vee engines recline the turbos off the exhaust main folds on the outboard flank of the engine.

Pros and Cons of Turbo chargers and Super chargers 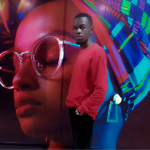 Share on FacebookShare on TwitterShare on Email
Harrison MeshakJune 24, 2022