The qualifying is a very decisive moment in F1,this is because in this session drivers can either break or make the weekend.With qualifying everyone has the same chance to get get through,but how does this work?

Basically the hour long session is split to 3 sections Q1,Q2,Q3.

Q1;Personally the q1 is the least exciting part of the session.Drivers will be sprinting around the track as fast they can and try to put in their fast as possible timings,the drivers will have set their highest modes and try to move up the list as high as possible.Here the P1 to P15 go on to Q2 while P16 to P20 once the clock strikes are eliminated and locked on those positions for the  start of the Grand prix on Sunday.In this session you might see the drivers through out the 18min race go back to there garages/pitstops change their tryes or completely dropout of the race if they fill they are already at the top of the field and dont have to progress further.Then why do some of the drivers even the fastest ones go back to the track after 3 to 5mins of being stalled in their garages? The answer is simple it is because of what they call TRACK EVOLUTION, simply put what this means is over the period of time the cars have been racing around the track rubber is coming of their tyres and being grained into the track surface thus providing for more grip and the cars can go even faster.

Q2;This is a simple repeat of Q1 with less drivers(P1 to P15) allowing for a little bit more space on the track not forgetting the Track has Evolved so cars go ALL in for about 5mins of the 12min session after which they usually go back into their garage swap tyres,change the fuel out and get ready for a 5min show down of who can go through to Q3.For 2022 the Q2 tyre rule has been scrapped(much to our relief).What this rule meant was that the top 10 cars that moved to Q3 had to start the race with the set of tyres that set their fastest pace in Q2,this was very a big disadvantage for slower teams that had used softer set tyres in Q2 because they would wear out faster in the beginning of the race.

Q3;This session is an all out shoot out for the drivers & everyone is eyeing to get up the grid as high as possible with whichever tyres and no fuel limits,in this session Track Evolution is at its highest in the last 5mins allowing the cars to move even faster,the fastest car gets the poll position and will start the there and the other positions will follow respectively.

Essentially this is a short form Grand Pix that is held on Saturday,this is one third the number of laps of the main event on Sunday.Points will be awarded to the top 3 finishers,3 for the winner down to one point for the 3rd also there wont be a podium Ceremony that means no playing of the national anthems,however there will be a special post sprint presentation for the top 3 drivers.

In conclusion the finishing race will define the grid for Sunday’s main event as points will have been awarded,the traditional format of the Grand Pix will remain unchanged. 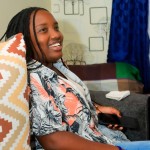 Share on FacebookShare on TwitterShare on Email
Kendra PalvinJuly 11, 2022

How good was Sebastian Vettel? & how should he be remembered during his journey in F1

#SpaceYaMagari Drive – A Worthy Cause.